When sport is business … and business is good! 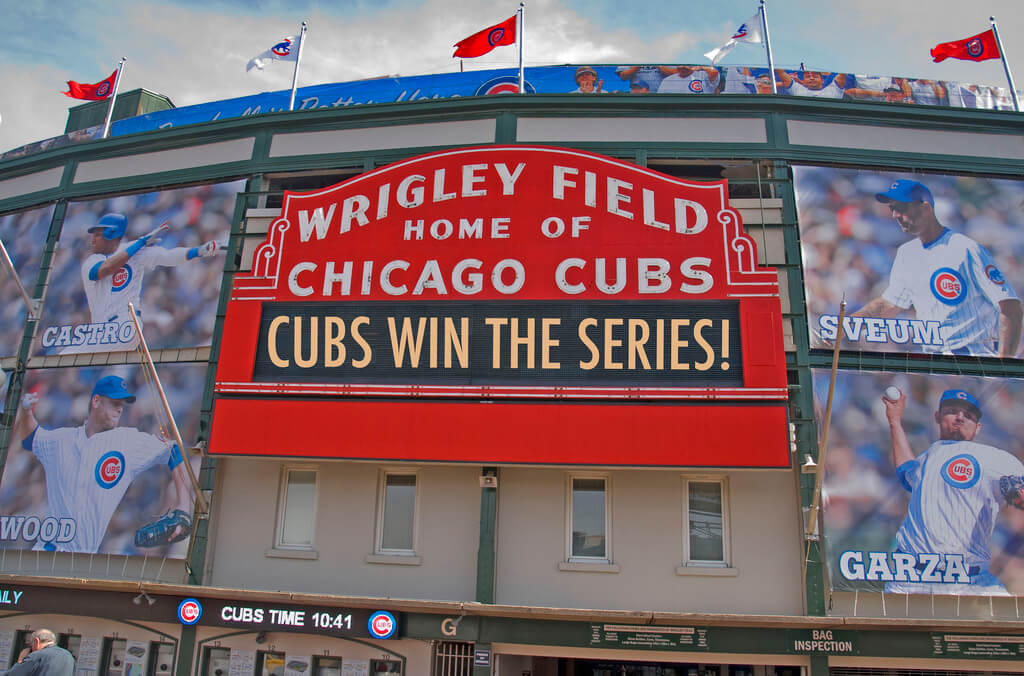 There were some great underdog stories in sport this year – The Sharkies and Footscray (sorry, showing my age there!) winning the flag, Chloe Esposito winning gold (look it up, it’s a Rio story everyone should know) and, one of my favourites, the Chicago Cubs winning the ‘World Series’ after one of the longest drought in world sporting history.

Some people make sure they see the best art gallery in each city they visit whereas I seek out a good quality local sporting contest.  I attended a Cubs game at Wrigley Field when I was in Chicago in August 1998. It was an amazing experience as both Sammy Sosa and Mark McGwire were chasing Roger Maris’s 37 year record for most home runs hit in a season (61) and the Cubs played the St Louis Cardinals the day I was in town.

At the game Sosa hit one for the Cubs and McGwire hit back with two, helping the Cardinals win 8-6 and taking the lead in the home run contest 49 to 48. McGwire went on to finish the season with 70 home runs, Sosa with 66.

On November 3 this year, the night the Chicago Cubs secured their first World Series championship in 108 years, Eric Castellucci, a lifelong fan was at home frantically sending texts and emails to his co-workers.

As the Online Manager for Wrigleyville Sports, a Chicago-based sports store located across the road from Wrigley Field, he was preparing for an ordering rush unlike anything he’d ever known.

Cubs fans have gone generations without seeing their hometown team win a championship so almost immediately after the 7th and deciding game finished, people began visiting the Wrigleyville Sports website for commemorative hats, shirts and posters. Crowds lined up around the block for days to visit the retail store.

He and his team worked late into the night of the deciding game to make sure all products were up on the site within minutes of the historic win.

Wrigleyville Sports normally operates its warehouse with five staff but for the World Series they rented a temporary warehouse down the street and ultimately had a team of 50 managing inventory and fulfilling orders.

“For the next few weeks we had hundreds of boxes coming in every day and were trying to get thousands of packages out the door. All up we had about 60,000 pieces of inventory come through and we were able to fulfil orders within three working days. We turned over as much in the month of November as we did for the entire baseball season combined,” he said.

One reason Wrigleyville  Sports was able to adapt so quickly is because of the flexibility and agility of NetSuite, which it uses to run inventory management, order management, financials and ecommerce.

“We had the temporary warehouse set up after Game 5 and the next day it was up in NetSuite. We were able to easily transfer and receive inventory between the warehouses and the store. I don’t know how we would have gotten through it without NetSuite and without the inventory visibility it enables,” Castellucci said.

If you’d like to learn how NetSuite can help your business prepare for its next big win with a cloud-based omni-channel platform please get in touch with us at www.dwr.com.au or call us on 1800 197 403.